Continuing on with my ski resort mini-series, my first post was about Big White Ski Resort, which I visited in 2016. We had so much fun that we decided to make a ski trip to the Interior an annual event. There’s so many different ski resorts and we were excited to try out another mountain, so in 2017 we decided to visit Sun Peaks, which is the biggest ski resort in BC after Whistler-Blackcomb.

Sun Peaks is located just north of Kamloops, about a 4.5 hour drive from Vancouver. Easter was too late for skiing in 2017, so we decided to use some holidays to go over the St. Paddy’s Day weekend. This time we weren’t located right in the village, but we managed to score accommodations in a huge log chalet with 6 bedrooms and a hot tub! It was definitely one of the nicest places we’ve stayed and was just a short bus ride away from the village. I took Friday and Monday off to make a super long weekend and we drove out after lunch, but the rest of the group drove out after work and arrived to a bit of a Paddy’s Day celebration.

Unfortunately, we didn’t get as lucky with the weather at Sun Peaks as we did at Big White. Looking back, I still had a great time at Sun Peaks, but it was probably my least favourite of the resorts I’ve visited. I think I have to mostly attribute this to not having ski-out access and to the weather conditions not being as great. Sun Peaks is a huge resort, but it was quite warm when we visited and the snow was really icy in the mornings from freezing overnight, but then heavy and slushy in the afternoons.

We spent the first day hanging out on the Crystal Bowl and Sunburst lifts. I liked the Crystal Bowl because the snow was a lot better on top of the mountain, but visibility was quite poor. Sunburst had better visibility, but not great snow. it was still a fun day, but on our second day we hit the other side of the mountain on the Morrisey Chair and I personally had a lot more fun on that side. It took me a while, but I’ve finally learned that depending what side of the mountain you ski on, conditions can be totally different because of the direction of the sun. Morrisey Chair ended up being a lot nicer than the other side of the mountain because the sun was on it in the morning and softened up the ice from the night before.

Morrisey Chair is primarily glade runs, which I used to not like that much, but have grown to really enjoy the more I ski. If you’re a big skier, you definitely already know how fun glade runs can be, but I only ever skied 2 days a year growing up and they were always at the same resort, so it wasn’t until I moved to BC that I started to get a bit better at skiing. My friend Grant is one of the more adventurous of our group (or was before our group grew), and I love trailing him on glade runs, trying to hit some of the little ramps and bumps between trees. We spent most of our second day doing glade runs and then me and Carolyn popped back over to Crystal Bowl to finish our day off with some awesome views.

So I did still end up having a great time at Sun Peaks, it just doesn’t stand out as one of the more memorable trips to me. It is a huge resort though and there’s definitely a wide variety of runs available. I think I would still like to go back and maybe try it on a day with better snow conditions.

We’ve developed some fun traditions over the years though. It took me a while to meet people when I first moved to BC and most of the people I was friends with were actually Newfoundlanders, so the first ski trip we went on, I cooked Jiggs Dinner (traditional Newfoundland cooked dinner) for everyone for Easter. Even though it wasn’t Easter on our second trip, I cooked it again and have made it every year since. To shake things up a bit, Brandon always prepares hot pot for the whole group on our second night and it’s become a fun tradition and a bit of a culture sharing thing. 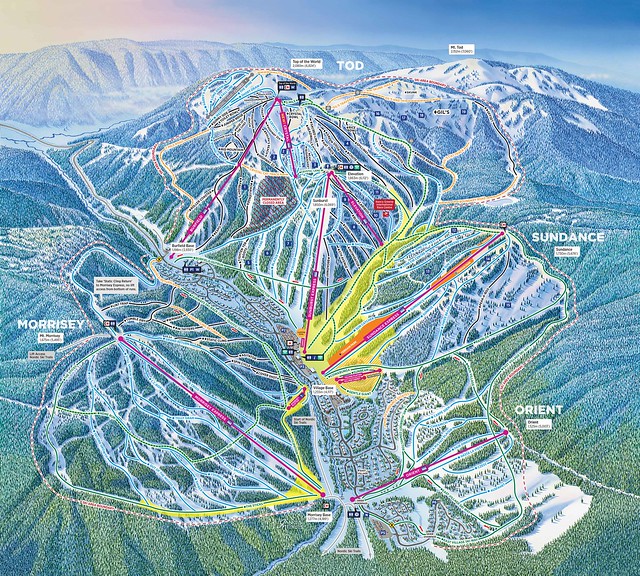 And some more photos! I’m pretty sure this is my first time looking at them since I took them 3 years ago and they are cute!

Favourite hike of the year to date - we'll see what July brings!
Out for a jaunt with @instagrant.ob
Am seriously obsessed with this hike! The entire 13km of trail are exposed and incredibly scenic - definitely one of my favourite sections. Now that I've finished it, I've now hiked everything from Cape St. Francis to La Manche!
Had a little self timer photoshoot on my camping trip with this pinky sunset ☺️